Canadian Government General, Julie Payette is an intelligent person with a strong educational background and solid experience leading to changes for the better in our society. In fact, she is so smart, that she need not to always be politically correct. During her recent speech, she stepped forward with scientific knowledge, and as a Governor General, she was determined and respectful throughout her presentation. If people in her position hide scientific evidence keeping people ignorant just to be politically correct, it would be a greater damage to our nation and to the world.

To the majority of Canadians, the position of Governor General means very little, especially because the position has done little for the development and progress of Canadians. It has been a politically correct government position, in which finally, someone has the guts that other’s have failed to have. Payette is trying to bring some productive meaning to a politically “unmeaning” position. 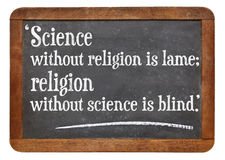 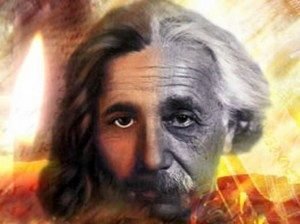 Religion has always been the oasis for people that lack the knowledge to prove scientific evidence wrong. It goes against their beliefs and they reject any efforts or facts from science to enlighten them. To present facts, which prove that climate change has nothing to do with “divine intervention”, is not being mean-spirited nor derogatory to people with certain beliefs. Personally, I respect people’s beliefs, but I cannot betray the truth based on scientific facts, nor can I turn my back to future generations and to myself. There is the “divine possibility” that Earth is exclusively going through a natural cycle, but there is scientific certainty that overpopulation and people’s immense greed and lack of respect for our Planet, are the direct cause of going over the tipping point of drastic climate changes all around the globe, and we are just getting started.

Are we relying on God or in Science to find an Exoplanet to save the human race? Is the space station (humanity’s hope) made by religious people or scientists? 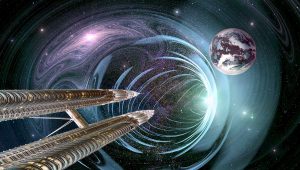 Religious groups often contradict, complain, and feel offended against scientific views when confronted with Science, but in the real world, science is vital to assist and save people, regardless of their race, religion, and place of origin. In fact, when I was a young boy without being allowed to make my own decisions, a Priest mentioned that God has always said: “Help yourself first, and I will help you next.” Therefore, in my understanding science should come first and then the various religious beliefs from around the world should follow, which by the way, are very different and always in direct conflict with each other. But science is precise and pure that causes no conflict per se. 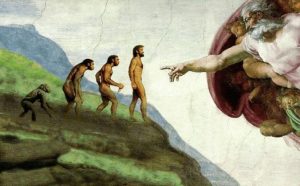 If we all adopt the perspective that regardless of the Earth’s natural cycle, human activity is causing climate changes to be more aggressive and difficult to predict, then we can all work in unison to try and reduce the damage to our world due to our human actions. Keep in mind that Earth does not negotiate and it will be here regardless of how difficult climate change shakes our planet, but our species could be wiped out. Is that what we really want?

Now, it is important to mention that the Governor-General and his or her personnel have always been a very expensive ceremonial group for every country that belongs to the Commonwealth, such as Canada. They represent a real burden for the taxpayers, with little to no real interest for the majority of the people, in this case, for Canadians. Ms Payette will never please everybody (nobody can), but if she gives some meaning to this ceremonial position, it would be very valuable to our country. Therefore, let us all agree to disagree but hopefully, Ms Payette raises the bar of the Governor General’s position and image in Canada by giving it real value and meaning for the average Canadian.