Nowadays everybody is aware that the more concentration of Carbon Dioxide (CO2) in the atmosphere, is putting our lives in danger, but only very few are really conscious and worried about it, and even fewer people are doing something about it.

Putting it in perspective, only about ten years ago the concentration of the CO2 in the atmosphere had reached an alarming 387 parts per million. Scientists warned us ever since that if we surpass the 400 parts per million, we are at risk going over the tipping-point and risking serious drastic and negative climate changes affecting different regions in our planet. Whether we like it and accept it or not, climate change shows itself in various ways, such as: 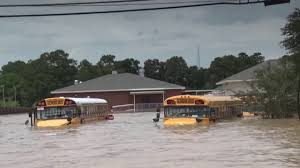 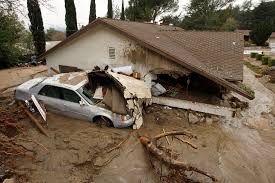 It is a fact that Global Nature does not negotiate, but rather, it responds to what it is being subject to, which is our general lack of interest, a high degree of greed, and ultimate level of disbelief and ignorance.

They started on 08-17-2019 and are still burning today (02-02-2020). Lighting and some by arson originally caused these wild bushfires, but they have been exponentially propagated by negative weather conditions that fuel and expand said wild bushfires.

As of 02-02-2020, the CO2 in our atmosphere has reached over 415 parts per million, as per Canadian Geographic (Nov/Dec 2019 issue). They also confirmed that unfortunately, something even more drastic has taken place and sadly for the worst in the past 10 years in an increasingly alarming rate. Ice is melting six times faster across the frozen continent than it was in the 1980s. The above-mentioned issue states that a study from Eric Rignot, from the University of California, states that if the ice across the frozen continents were to melt, this would raise the sea levels about 60 metres. This would result catastrophic, and will completely reshape our five continents. 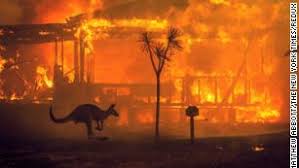 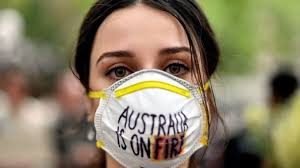 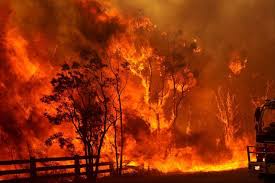 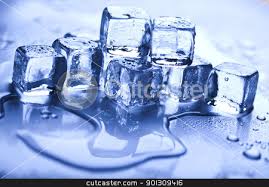 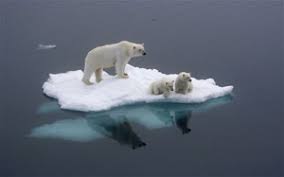 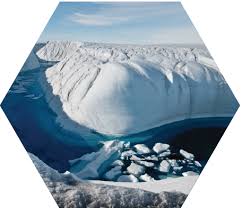 The measure of the hydrogen ion concentration (pH) is a measure of the alkalinity or acidity of a solution, in this case, our oceans. The more CO2 the oceans absorb, the less alkaline and the more acidic our oceans turn into. This is detrimental for our oceans and all species living in it (marine flora and marine fauna). According to Mr Rignot’s in-depth research, our ocean’s pH has been dropping since we started burning fossil fuels. The pH has gone down from 8.20 to 8.05 since late 1700 when the industrial revolution was at its peak. His study concludes, “The Ocean has not been this acidic in 65 million years.” 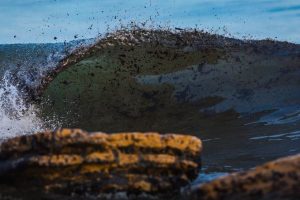 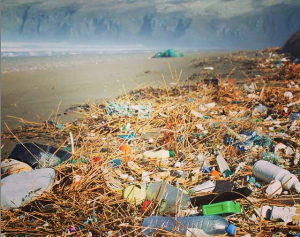 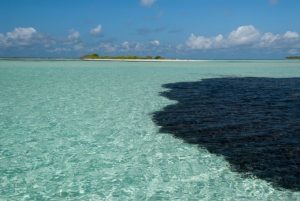 Oceans vs. Forests in Oxygen Production:

Alanna Mitchell published a book called Sea Sick: The Global Ocean in Crisis. Her book came out ten years ago and won the Grantham Prize for Excellence in Environmental Reporting, becoming an international bestseller. She states that 71 per cent of our Planet’s surface is water. The oceans hold an astonishing 96.5 per cent of all water on our planet. Simply put, our oceans are the most important Planet’s support system.

Our planet’s oceans produce more oxygen than all the forests put together. The latter produces about 21% of the oxygen we breathe, while the oceans produce an astonishing 79% of the Earth’s atmosphere. In the oceans, oxygen is mainly produced by various marine plants and by tiny one-celled organisms called Phytoplankton. These are found in both, fresh and salty bodies of water around our globe. During a process known as photosynthesis, organisms use sunlight to synthesize foods directly from carbon dioxide and water. The process of photosynthesis in plants generally involves the green pigment chlorophyll, which generates food by turning CO2 into sugar and oxygen as a by-product. Marine algae, kelp, algal plankton and phytoplankton among others, convert light energy into chemical energy that they later release in the form of oxygen into Earth’s atmosphere.

There is no doubt that oceans are the biggest and most influential key of the climate system, and the Southern Antarctic Ocean is the largest and most critical part of the overall ocean system absorbing two thirds (66.34%) of the CO2 trapped in our atmosphere. But what is most alarming is that according to Joellen Russell (oceanographer from the University of Arizona) since the 1970s “the Earth’s ocean has soaked up to 93 per cent of the extra heat that CO2 has trapped in the atmosphere. Unfortunately, as stated before, it is not distributed evenly, because specifically, the Southern Ocean has received two-thirds of that. 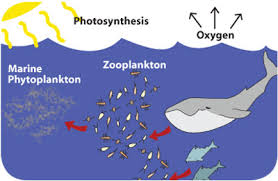 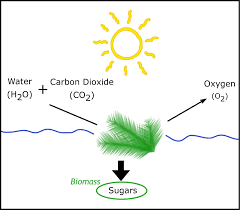 According to the Ocean Conference at the United Nations that took place in New York in Jun of 2017, more than 600 million people (about ten per cent of the world’s population) live in coastal areas 10 or fewer metres above the sea level. About 2.4 billion people (close to 40 per cent of the world’s population) live within 100 kilometres of the coast. The rest of the world’s population (about 60 per cent) live further from the coastal areas in great urban cities or in farmland, and therefore, quite disconnected from the sea, its marine life, and ultimately, from the reality of what is going on with Earth’s main life support system. At this conference, it was strongly stated that between 1901 and 2010, the sea rise increased more rapidly and the recent ocean level rise seems to have been the fastest in the past 2800 years.

For more information, please refer to:

Our current geological age, known as Anthropocene, is getting out of control and will end up destroying the human race if we do not start working globally in perfect synchronization with very measurable goals, leaving the exploitation of fossil fuels and coal around the world, to its minimum survival required use. Wikipedia’s definition is: “The Anthropocene is a proposed geological epoch dating from the commencement of significant human impact on Earth’s geology and ecosystems, including, but not limited to, anthropogenic climate change.”

Humans cannot, and will not stop completely the use of fossil fuels and coal anytime soon. It will only happen until other renewable and technological advance energy and recycling processes reach higher and more reliable levels of production and are economically beneficial as well. It can be done, but we need to leave behind stereotypes and venture with a strong and decisive will into a better and clean future. The world’s continuous population growth and its demand on our finite natural resources need to be under control. There is no way around it, period!

According to Russell, the “Southern Ocean has been one of the key controllers of the planet’s climate. That’s due to the winds, the ferocious westerlies that drive a massive current around its ice-covered, stand-alone landmass. Called the Antarctic Circumpolar Current, it is the planet’s biggest current – by far – connecting its water to those of other ocean basins in a dynamite swirl.”

This current of the ocean has been with us for the past 34 million years ago, said Russell. That was when Antarctica broke apart from the last continent and it has remained the same ever since. The Armada Revolution, as Russell calls it, is an army of probes (very advanced technologically speaking) that assist scientist to measure, evaluate, and predict the future oxygen available and the acidity of the oceans. This helps scientist predict a more accurate future, which is definitely not kosher and even undervalued.

Even though the massive bush fires in Australia, the BBC Natural Report on Australia’s climate changes, blames the massive droughts the country has been going through. Unfortunately, in the Kyoto Protocol, the agreement allowed Australia to increase its emissions by 8%, while many rich countries had to cut theirs. But Australia exports over 67 billion dollars a year of coal mainly to Southeast Asian countries, but more specifically, to China, which is still the world’s biggest polluter.

According to Frank Jotzo, from the Australian National University, a place that risks losing more with climate change in Australia, but politicians are trying to water down the issue, while promoting “economic growth” through the coal mining industry, the extraction and use of fossil fuels. Mr Morrison, Australia’s new Prime Minister, wants to keep promoting the above economic activities while seeing through the rear mirror the critical importance of promoting environmentally beneficial policies and procedures. For more information, please refer to Page # 31 of the magazine The Economist (issue January 25th-31st, 2020). Regardless, there are also good pro-environmentalist in South Australia who already generate half of their energy consumption from wind and solar power. Yes, there is hope in the horizon, but they need to hurry up faster than any other country because the bush fires have already generated 400 megatons of carbon dioxide, which is roughly 75% of Australia’s annual emission budget.

Funny, those directly affected are denying or postponing drastic solutions because of the so-called “economic growth and stability”, but simply put, because of sick greed. Just look at what they have heavily contributed to destroying in their ocean-backyard, the Great Australian Barrier Reef. Having said that, if we were to analyse every country, the great majority suffer for what it appears to be an incurable disease, known as greed and power!

Another Unsuspected Manifestation of Climate Change:

The United Nations have stated that in East Africa countries like Somalia, Kenya, and Ethiopia, have just recently experienced the worst Locus infestation, which is affecting their food security by destroying pastures and various essential crops to those countries. This is due to the warmer weather, which helps proliferate the Locus infestation acknowledged at hundreds of millions of insects, after previous droughts and deadly floods.

These ravenous insects are just another way climate change can affect our subsistence on this planet. For more information please visit: 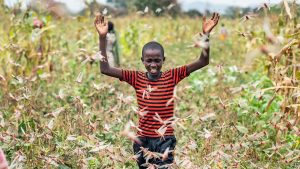 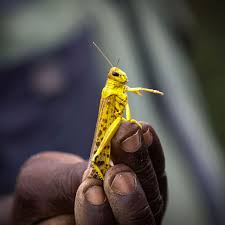 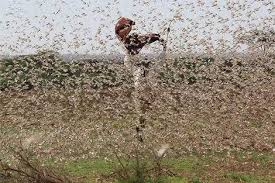 For Point 1 – My response would be Air and Water, which are directly correlated to climate change and therefore, everything causing it. What about you?)

For Point 2 – Absolutely, because education and social comportment are what really influences climate change. 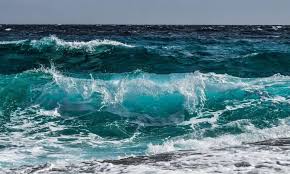 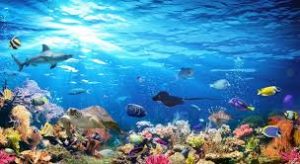