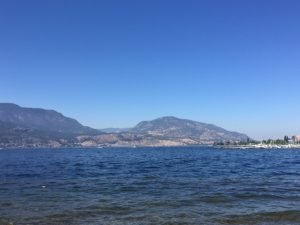 The absolute disregard of PM Trudeau’s government in protecting the future generation’s natural backyard appears to be irresponsible. The Liberal government will release more CO2 into our atmosphere than what was defined in the international Kyoto Protocol agreement. They will do it directly during the extraction and treatment of the oil, and indirectly by promoting other countries to use and burn a non-renewable resource. In my personal view, the federal government approved Kinder Morgan Trans Mountain pipeline in an act of rebellion against future generations and in a challenging and disrespectful attitude towards First Nations, but above all, against the future interest of the great majority of Canadians. Oh yes, it was mainly approved to benefit the economic interests of a few Canadian and American companies. Why not promote the tourism industry, endorse the implementation of protective programs and the creation of new jobs, while encouraging Canadians and foreigners to go and enjoy BC’s pristine outdoors, while we still have them? This will also provide thousands of jobs for local Canadians, but on a more permanent basis than the pipeline expansion will.

This should be everybody’s logical goal ….. ?!