Something quite sad happened recently. Don Cherry stated his thoughts publicly once more as he has always done. But this time he was fired from his long-time position as a hockey commentator because he apparently said something politically incorrect. Or was this simply the last drop that overflowed the glass of water?

Who Is Don Cherry?

In my dictionary, he is a Canadian Icon, no doubt! Whether the people like him or not, he has been a legend as a sports commentator and writer. In fact, as per Wikipedia “In 2004, Cherry was voted by viewers as the seventh-greatest Canadian of all-time in the CBC miniseries The Greatest Canadian.” 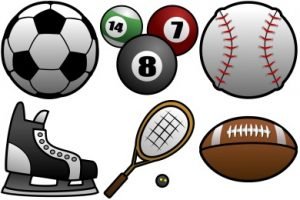 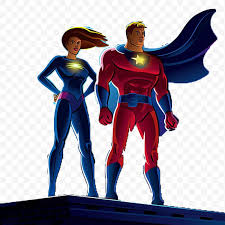 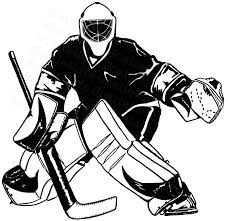 As an immigrant (non-Canadian born), I respect and like Don Cherry for many reasons. Among the most relevant are: he is bold, straightforward, determined, knowledgeable, he has a positive spirit, loves his country, his flag, and the game of hockey. He is proud to be Canadian and he is a special character with an interesting, folkloric flair. But above all, he has the guts to use his given right of free speech to speak in favour of this great country and for those silent soldiers who gave their lives to create a country where many want to come and live.

I sincerely hope that what he aired that day was not the only real reason he was fired. Otherwise, shame on those who made that decision and did not stand behind him regardless if his message was politically correct or not. Tough luck for those who felt offended, because during Remembrance Day the Poppy represents a visual pledge to never forget those who sacrificed their lives for our freedom. This is the reason all immigrants (like myself) and Canadian born (like my wife and children), should wear a poppy. It is a symbol of respect to honour all those fallen soldiers who sacrificed their lives for a better Canada. The Canada we still live in today! 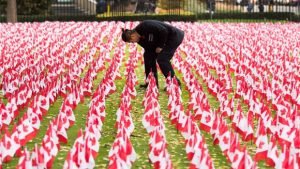 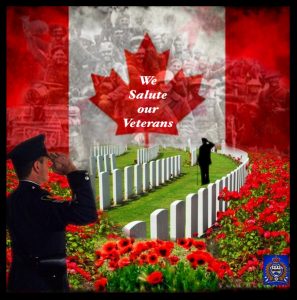 “You people … love our way of life, love our milk and honey.” At least you could pay a couple of bucks for poppies or something like that. These guys paid for your way of life that you enjoy in Canada.”

The above statement was too sensitive to a vocal minority group of people who immediately made negative noise and publicly complained. I guess Don Cherry hit a sensitive spot, which only tends to be sensitive if the truth is brought afloat. Unfortunately, the silence of millions of other immigrants and born Canadians was not loud enough to overshadow that vocal minority group and ultimately, emphasize the deep truth of what Don Cherry said. This time, the squeaky wheel got the oil, again! In my humble belief, the complainers took matters out of proportion and created a monster storm out of a glass of water. Honestly, shame on them.

To some Canadians (immigrants or not), minority groups are now challenging and putting at check our Canadian social system. To the eyes of many, it seems that minority groups are focusing in demanding their rights while neglecting or overriding the rights of others, and specifically of those groups of people that created and shaped this beautiful country. It appears that some people are constantly looking for loopholes in the system and they are trying to impose their “rights” on the majority. Why not focus on being productive instead of wasting valuable time in trying to take advantage of the system for their benefit and personal gain?

Isn’t it a fact that some immigrants & Canadian born extend their hands & expect, rather than give? Isn’t it a fact that some people do not fully realize the value of the soldiers that left their families behind and gave their lives for our country while defending our Canadian traditions and values, which many people around the world aspire to have and enjoy? Isn’t that the reason why they come to live here? But Canadians are afraid to admit matters openly for fear of being wrongly tagged as prejudiced & racist. Free speech? Think again!

In fact, to millions of Canadians, Don Cherry has been an icon. Right or wrong, he has always been very controversial, which made him unique and valuable to our Canadian society, especially in the world of hockey. Again, even though some people lack inclination towards Don Cherry, he has always dared to publicly express his thoughts and concerns, which have always been with the best intentions at heart for the benefit of Canada and all Canadians as a whole (immigrants or not). 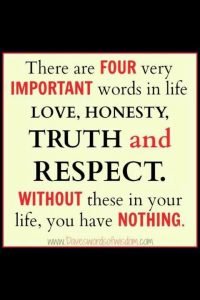 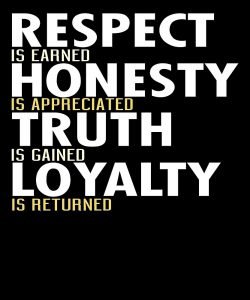 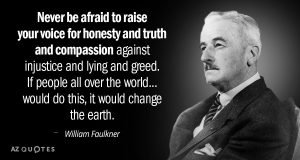 How many “devoted” immigrants come to Canada, stay here until they get their Citizenship, and immediately go back to their country of origin to work and live. They do not all necessarily participate in the spirit nor the economic growth of our country, but they certainly demand their “Canadian Rights for freedom” when it is convenient for them, on the grounds of Charter Rights. Just Google those Canadian Jihadis that have been arrested abroad for acts of terrorism and they immediately asked for Canadian assistance to bring them back “home”. Ludacris, eh?

We cannot be afraid of raising our voice and fight for what is rightly Canadian, or we will lose forever our Canadian identity, as we currently know it. That is the reason why Quebecois defend their language and traditions, and as painful as some other Canadians see them, the average Quebecois is proud of being Canadian and they defend their language, traditions, and values with pride and determination like any other Canadian should (immigrant or Canadian born).

Yes, Canada has been changing throughout history and we need to adapt to the new changes. We need to modernize and accept the needs of certain groups while trying to embrace their background and beliefs as best as we can, without sacrificing ours. But it is their duty and responsibility to also respect and nurture our Canadian values. Otherwise, why come to Canada to try and imposed their traditions, beliefs, and values on our Canadian society while emulating the type of values of their original society, which they are running away from? These groups of people also need to modernize and adapt to their changes and the new beautiful opportunity they have been granted. It is sad when as Canadians we stretch our hands to help, but in the helping process, our arms are ripped off.

Indeed, Canadians need to be tolerant, respectful, accepting and accommodating, but all immigrants and some first-generation Canadian born, need to try harder and adapt to our culture while strengthening the beautiful and intricate cultural mosaic that defines Canada internationally. Otherwise, we are running the risk of the social unrest that has characterised and done so much damage in various European countries such as Germany, France, England, etc.

It should be a two-way street. Nobody in Canada should be afraid of defending our values, our ethical behaviours, our two official languages, our environment, and above all, our Canadian Flag in parallel to our Canadian Charter of Rights and Freedoms. 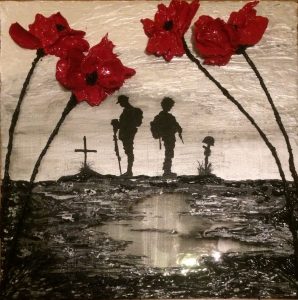 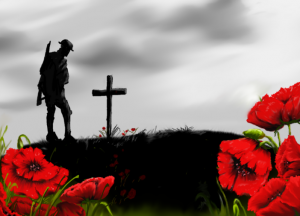 Important Quote for all Immigrants and Canadian Born:

I want to bring to the attention of my readers the following statement expressed by our former Prime Minister Sir Wilfrid Laurier in 1907.

“ We must insist that the immigrant that comes here is willing to become a Canadian and is willing to assimilate our ways, he should be treated on equal grounds and it would be shameful to discriminate against such a person for reasons of their beliefs or the place of birth or origin. But it is the responsibility of that person to become a Canadian in all aspects of life, nothing else but Canadian. There can be no divided allegiance here. Any man who says that he is a Canadian, but tries to impose his customs and habits upon us, is not a Canadian. We have room for only one flag, the Canadian flag. There is room for only two languages here, English and French. And we have room for loyalty, but only one, room for the Canadian people. We won’t accept anyone, I’m saying anyone, who will try to impose his religion and his customs on us. ”

I believe in integration rather than assimilation because it allows people to keep their identity while respecting and adopting the traditions and values of their new society. Integration is the incorporation of individuals from dissimilar groups into society as equals. In an integrated society, people can keep their customs and traditions, without trying to impose them on their new culture. A columnist called Matt O’Brien once wrote, “ By contrast, integration suggests boundaries. It is defined in terms of equality. But in this context equality indicates that a host is obligated to embrace foreign cultures as equal, even when they conflict with the values and traditions of the host. ” 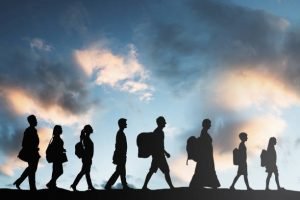 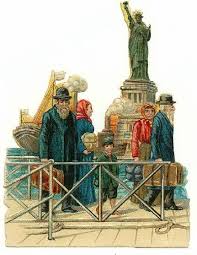 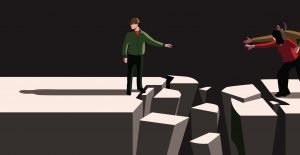 1.  In your point of view was Don Cherry fired with due reason?

2.  Should Don Cherry apologize or simply rephrase his statement, but stand firm on his beliefs? 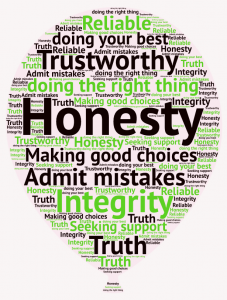 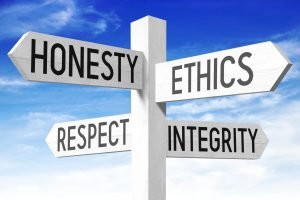 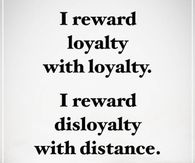