There is no doubt in my mind that Police Officers (Cops), always try to do their best to protect and serve in our modern Canadian society. But, like everywhere around the world, we also suffer from a few rotten apples that smear the image of our police force.

On August 24, 2020, the Washington Post published the following: “Police shot Jacob Blake, who witnesses said had been trying to break up an argument between two women, as he walked back toward his silver SUV on Sunday; an officer trailing behind. As three of Blake’s sons looked on from the vehicle, the officer fired seven times toward Blake’s back at close range. The incident was caught on video, which immediately ricocheted across the Internet.” This happened in Kenosha, Wisconsin (USA). 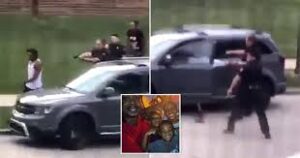 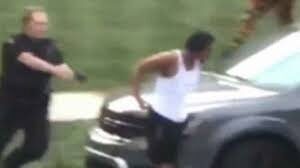 During the winter of 1968, North Vietnam’s sudden attack to the South Vietnamese people and their American allies, brought to the world an iconic execution-style picture. This picture depicts the South Vietnamese Brigadier General Nguyễn Ngọc Loan shooting at point-blank, an unarmed and cuffed North Vietnamese Officer and prisoner (Nguyễn Văn Lém). Without any kindness or any type of interrogation, General Loan pulled his pistol out of his holster and shot point-blank, Officer Lém on the temple, who immediately ceased breathing.

What is the difference between the above images that took place in Wisconsin, and those below regarding the Viet Cong Officer shooting? Nothing has changed in 52 years. In fact, it has gotten worse because this is happening too often in peaceful times within North America. 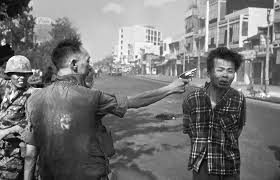 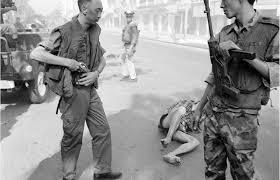 The police officer shot him, not once or twice, but SEVEN times at less than a foot away in the back. In my dictionary, that officer is a disgrace to the police force, a rotten piece of nothing, and a big-time coward. But hey, cops are trained to shoot to kill, right? At that close range, why not shoot his legs when he is unarmed and in front of his three children? There is no way the officer could have missed his legs at that close range (point-blank). But to lodge seven bullets in the man’s back?!?! 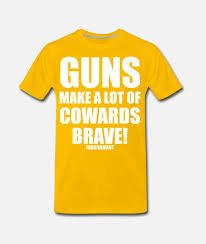 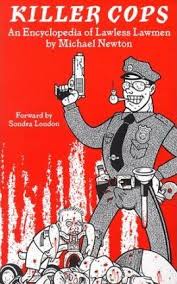 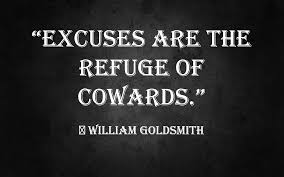 I do not care if the man was on drugs or not, did not obey the officer’s instructions, or whatever other crime the cops say he did. The point is that he was unarmed, in front of his wife and three children and without even facing the officer. It is an absolute disgrace what the pseudo “officer” did that day. Personally, I believe he should spend the rest of his life in jail, but who am I to say, right? Well, wrong … luckily there is a video that does not lie and we all have the same constitutional rights, at least in paper?!

Many rotten cops in the world act with impunity, cowardness, prepotency, and an ultimate degree of ignorance along with a total lack of training. But what is scary and alarming is that it is happening all over North America (Mexico, United States, and Canada). Unfortunately, many keep going unpunished by our legal system.

Isn’t the inefficacy of the system pushing and forcing people to take the law into their own hands? That is what is happening in many cities across the United States because people have been let down by their legal system. Would that be wrong when the system says it is there to protect you, but it fails time and again? When is it going to be enough? 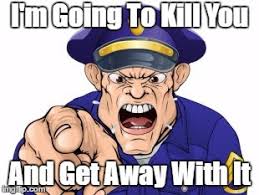 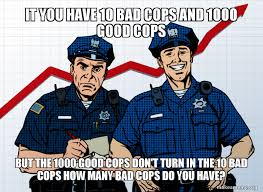 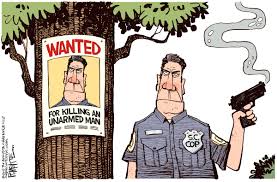 Now, what is also a disgrace are people taking the law on their own hands by vandalizing and destroying private and public property. People should not take their wrath against other innocent people and local businesses. They should take their wrath directly against the perpetrators if the legal system fails to respond under our strict and well-deserved constitutional rights.

As time goes by, we humans are going backward instead of getting smarter, more civilized, and with a forward & positive attitude. Again, as time goes by, in this 21st Century I believe more and more on the old Hammurabi Law, which states: “ An eye for an eye, and a tooth for a tooth ”. Hammurabi was the most respected Mesopotamian King who ruled the Babylonian Empire from 1792-50 B.C.E. 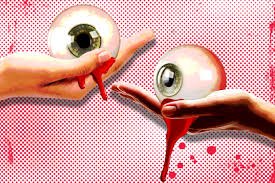 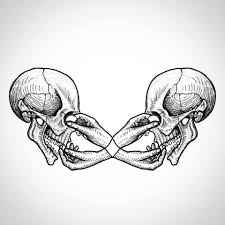 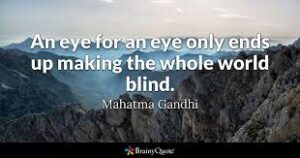 I believe I know what some readers are thinking, so let me try to guess: “ Stop, you cannot take the law into your own hands“. But guess what? In life some people have limits and when they are challenged and crossed by others with impunity, they consider there have to be consequences of the same or worst magnitude. At least that is what the little devil sitting on some people’s left shoulder thinks. Luckily, the little angel sitting on the right shoulder of almost everybody still has control … Phew!

As I grow older, I have no time or interest in listening to excuses, apologies, inaccurate stories, and lies. Therefore, I kind of understand some people that take the law on their own hands. I would never do it myself, but I do understand and even justify others. In fact, I might envy them for having the guts to do it. When someone takes the law into their own hands, they take revenge and punish someone to make a situation right. They do not wait for the police and or the legal system to take action. Why? Because they stopped believing in them due to being let down many times. But especially because many cops get away with murder. They abuse their power and the system seems to let them go free with total impunity. It is shameful!

Personally, I still believe and trust our police force and our legal system. Especially here in Canada. But I also acknowledge that they have both let me down in a few instances in the past. Fortunately, I am a man with strong character, ethical values, and a high degree of social discipline, but many others are not. We all have our limits, and if pushed over, we can ALL snap and probably do things we never thought we would be capable of doing. Knock on wood!

1.   When is the killing of unarmed, “innocent people” going to stop when officers only have lame excuses after the fact (assassination)?

2.   When are the guilty officers (the few bad apples of the police force) going to be punished by our legal system by giving them proper jail time?

3.   When are desperate, cornered, and self-made (pushed into) vigilantes going to start shooting back at those that shot their family member? Isn’t it just a matter of time (an eye for an eye)?

4. Would you handcuff a person to their hospital bed, who is in horrible pain, heavily sedated, paralyzed from the waist down,  and innocent of any crime? That is what the Kenosha Law Enforcement has done with Jacob Blake. Is it any wonder that people do not respect and actually despise the Police Forces all over the world? I make my point!

I just hope our legal system provides fair justice to the families of the victims and properly punish the perpetrators to the full extent of the law, who shield themselves with the rest of the exemplary police force! If that happens, there is NO need for vigilantes. Isn’t that right? 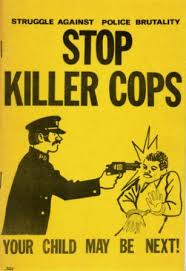 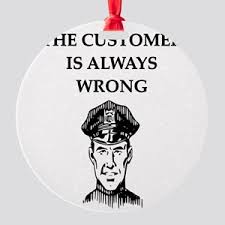 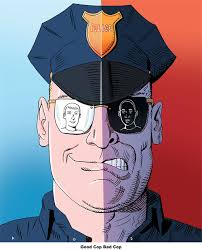 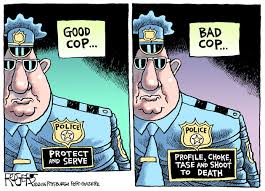