Wherever we go, we hear about how bad the world is. Some examples are the Syrian famine, China’s expansion in the South China Sea with potential military confrontations, Prime Minister, Trudeau’s and Financial Minister, Morneau’s corruption scandal and total lack of ethics, Russian hackers, climate change, continued animal extinction, polluted mining footprints everywhere, lack of efficiency of the World Trade Organization, Nile water conflicts between Egypt and Ethiopia, etc. etc.

Regardless, nothing is more alarming that our lab-fabricated virus known as COVID-19. It has had a profound impact on the world’s economic balance. But the most alarming factor is the surgical skill of governments and the media to manipulate human behaviour. They did this through a quasi-insignificant virus that caused massive propagation of worldwide fear. This has brought the world’s population to a synchronized Zombie-style behaviour, and to their knees.

This blog is nothing close to any issues like the above mentioned. Today, I do not feel like bringing up facts that unfortunately reflect our crude reality as humans. Instead, I want to write the following short blog about something good and impressive regarding humans’ resilience and determination to offer something good and positive when motivated.

Yes, I am talking about SpaceX, which is a California corporation founded by the amazing Elon Mosk. According to an article published by The Economist (June 2020), SpaceX started by providing cargo deliveries to the International Space Station (ISS), which was originally started by the US, Canada, Japan, and Russia.

“At an altitude of 400 km, with both vessels traveling at 7.7 km/second, the Crew Dragon capsule took orbital advantage of a freedom denied to the socially distanced on Earth to come within two meters of the ISS. After a final 20 seconds of stately approach, the Endeavour’s capture ring made contact with the station’s docking adaptor.” (Source: page 10 of The Economist). A remarkable step forward on space exploration by a private company! 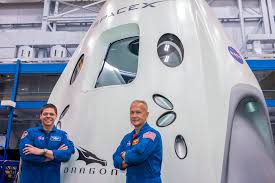 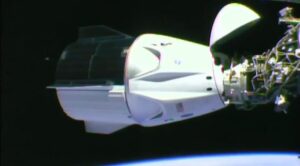 On May 30, 2020, at 3:22 PM EDT, SpaceX launched its Commercial Crew SpaceX Demonstration from US soil after its last launch ten years ago. Their mission was to meet NASA’s requirements for certification to carry astronauts and cargo to the ISS and back and was a profound success. This is excellent news because of two main factors: space-tourism exploration and the United States taxpayers will pay less money in the future if it is run by private companies rather than by the government relaxed sense regarding cost-efficient projects. Private sectors always outperform public sectors in these types of projects, which will have a positive impact on space tourism & exploration.

SpaceX has turned very efficient in rocket development, uncrewed capsules, and now in crewed ones. This offers a public-private partnership in today’s market. SpaceX has already signed offers for Crew Dragon trips to the ISS or just to orbit around our blue planet. It is said that a Japanese billionaire already signed up for a trip around the moon with the next spaceship called Starship. But more importantly, part of NASA’s programs is to return to the moon for commercial purposes, and the only way to do it is in a cost-efficient manner as SpaceX has done. 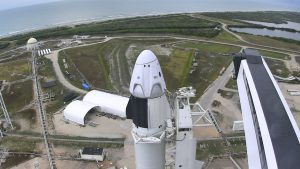 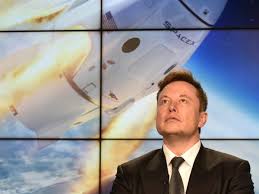 NOTE: indicanews.com is the Source for the  feature opening image