Canada is a great country and admired throughout the world for many reasons. One of the most important reasons is that on Canadian soil, the Human Rights for every human being tend to be respected. At least, that is the impression we portray abroad and the feeling many Canadians have, including me.

Due to the nature of the statutory powers of the Canadian Human Rights Commission, they reserve the ability to investigate and solve issues regarding alleged breaches of the human rights of individuals. They focus on protecting the Commonwealth and its agencies, including complaints regarding immigration detention. They hold hands with the United Nation’s charter of 1945, which states: “All human beings are born free and equal in dignity and rights. They are endowed with reason and conscience, and should act towards one another in a spirit of brotherhood.”

Recently, Canada granted asylum to an 18-year old Saudi woman, who rejected her religious Muslim background, her family control, and her country’s backward view and treatment towards women. Her name is Rahaf Mohammed Alqunum. Prime Minister Trudeau gave instructions to the Ministry of Immigration to grant Ms Alqunum refugee status for her protection, and she was flown from Bangkok to Toronto. In my mind, this is a noble gesture of our country by helping a person whose life is at high risk if she were to be returned to her country. She seems to be an intelligent, brave, and down to earth young woman, so how can we go wrong? I wish her the best in Canada! 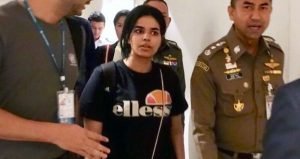 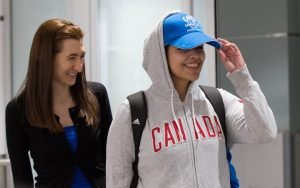 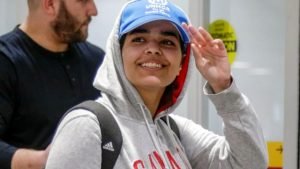 Now, as a Canadian, I feel somewhat worried about having an “open-door-policy” regarding immigration and in direct correlation to PM Justin Trudeau’s #welcometocanada tweet. But it makes me proud when I see situations like the case of Ms Alqunum. Especially when our government is backing up the rights of women against the forceful laws, which infringe and weaken women’s rights in other countries such as Saudi Arabia.

I was recently reading an interesting but sad book entitled “The Inconvenient Indian” by Thomas King. It is great reading that slaps you in the face with the truth and today’s reality regarding the injustice and lack of human rights the indigenous people in Canada experienced. Like one of his critics puts it: “King is magisterial in this devastating and comprehensive dissection of history, politics, and culture.” This book shows us the truth of how the Indigenous people in Canada (First Nations, Métis, and Inuit) have been treated since the Europeans stepped foot in the American continent. I also recently saw a movie (which I strongly recommend) called The Indian Horse. The abuse inflicted upon on the Indigenous people by the white ruling class throughout the last century is simply aggressive and painful. So much for “human rights” in Canada. Another good book worth reading, which will turn your stomach upside down is written by Tanya Talaga entitled Seven Fallen Feathers. She writes the hard truth about racism, abuse, and death.

White people have abused the human rights of every native and aboriginal person in North America. Almost all their treaties, promises, and agreements have been broken in favour of growth, expansion, and development for the white majority, leaving the indigenous people suppressed in the dark. Human rights abuse has been relentless in many shapes and forms, which are too long to list in a brief blog. But one economic and social factor I do want to bring to the attention of my readers is the following …

Abuse against Indigenous people Due To Economic and Social Greed:

In 2008, PM Stephen Harper stood firm in the House of Commons and said that “Assimilation Was Wrong. It has caused great harm and has no place in our country.” He then proceeded to say, “We are sorry!” PM Trudeau has also had the opportunity to apologize to the Indigenous people publicly in the House of Commons, but the United States has never really apologized. They only passed an official apology resolution through the U.S. Congress in December of 2009, which former President Barak Obama signed. But they have never apologized publicly as Canada has done. 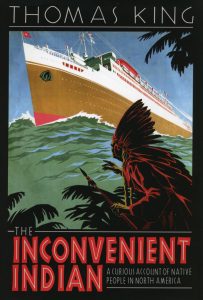 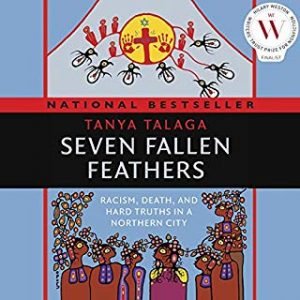 Regardless of the above, indigenous people are tired of false and broken promises. I am sorry, it will not happen again, it is our fault, it was our mistake, etc. are continued excuses to break government promises, and worst of all, agreements. In a sarcastic manner, Thomas King wrote that the government has always intervened in the best interest of the indigenous people because “indigenous people cannot look after themselves, they do not have the capacity to manage their own affairs, they do not know what is good for them, they have no sophistication to understand the complexity of the contemporary world and to participate in the modern economy.” This is the reason why the government intervention in the lives of Native people continues unrepentant and unabated. 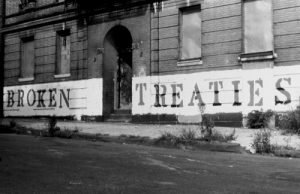 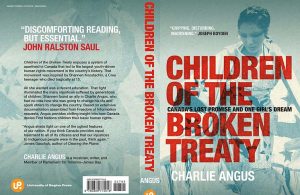 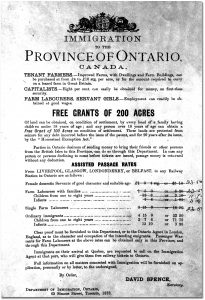 According to King, the Native people have been told to “learn how to stand on their own feet, confront modern economic and social issues successfully, and not to ever rely on government handouts.” But then, in a smart and sarcastic manner (which I really liked) he wrote:

Do not rely on government generosities as many other Canadian companies have successfully done, such as Air Canada, Bombardier, AIG, Halliburton, General Motors, Enron, World Com, Bre-X, Bear Sterns, the Alberta’s Tar Sands, etc. All these companies have been assisted, or bailed out, by the government with millions of dollars, and in some cases, with billions of tax money dollars. Finally, King writes: “While North America is reluctant to support the economic “incompetence” of Native people, it is more than willing to throw money to the incompetence of corporations.”

Trans Canada’s Coastal Gas Link from Northern BC to Kitimat over a 670 km stretch to transport liquefied gas has caused grief and opposition with a few indigenous people like the Wet’suwet. An even more complex situation recently happened with the Trans Mountain Expansion project (TMX) in 2018. The government bought the TMX project for $4.6 billion but the courts stopped the project on its tracks. The courts stated that the main reasons were the lack of government consultation with Indigenous groups and not enough research regarding the impact on the environment. 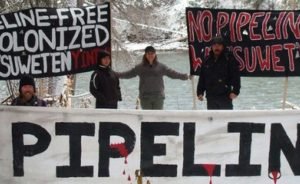 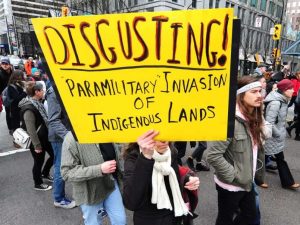 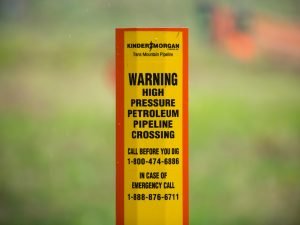 Do you agree that the Canadian government still bypasses the rights of the Indigenous people by not considering their interests and rights on their land, regardless if there is a written treaty or agreement?

Is Canada crystal clear on their Human Rights position, or is there room for improvement within our own country and especially, with the Indigenous people?