Is it rational & brilliant or simply illogical & obtuse for the government to purchase the Kinder Morgan Pipeline (KMP) project?

After researching and asking many people, I am honestly convinced, that the average Canadian has not got the slightest clue if the purchase by the Liberal government of the KMP project is a good or bad idea. Of course, everyone seems to have their own “educated opinion”, but the bottom line is that it is an uneducated opinion. Why? Well, it is not that the average Canadian is uneducated per se; it is essentially a matter of total lack of full information disclosure and information transparency provided by third parties. And yes, sometimes political media distortion of reality to manipulate people. 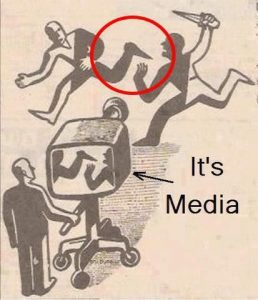 The Liberal government announced on May 29th, 2018 that the Federal government would purchase the existing Trans Mountain Pipeline from Kinder Morgan for $4.5 billion. According to Conversations for Responsible Economic Development (credbc.ca, a non-profit organization), the government will invest another $9 billion to finish the construction of the troubled pipeline expansion. In addition, they require $1.5 billion towards a new Ocean Protection Plan and another $2.1 billion in financial assurances (i.e.: financial_assurances_fact_sheet). This budget does not contemplate delays, court costs, inflation, and any market shift against the price of bitumen. If we only add the above figures, we reach a staggering government expenditure of $17 billion for the near future. 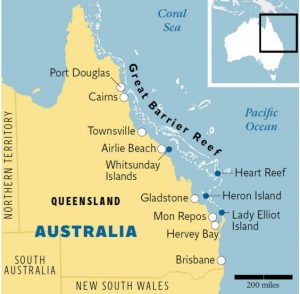 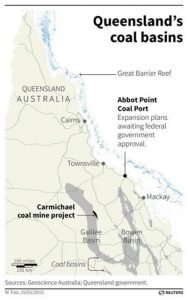 It is a FACT that the Canadian government has relentlessly throughout history disregarded indigenous people’s rights and freedom, so it seems to me that PM Trudeau does not really care about their rights, their land and their ecosystem. His apologies seem to come easily and superficially, so he immediately jumps to the next chapter.

The average Canadian individual only reads the title or a paragraph or two and makes an “informed decision.” Let me evaluate that so-called “informed decision.” Why? Because as an economist and an MBA with a background in finance, I myself had a real challenge to understand the complex schemes of the financial and tax haven (shelter) in which Robyn Allan based her conclusions and with which I agree. I invite the reader to try and understand Kinder Morgan’s financial shelter in the following link (Trans Mountain Pipeline TAX SHELTER), to realize that the average Canadian has no clue, and I repeat, has no clue of the so-called “economic development” a project like this will bring to our Province or our Nation. 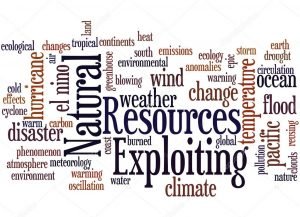 7. PM Trudeau bailed out on his promise that Canada would commit to the strict stipulations of the Paris Accord Agreement.      But just like President Trump, PM Trudeau has turned his back to reduce the production of carbon dioxide and the green gas emissions into our atmosphere. How? By allowing Premier Rachel Notley in Alberta to keep exploiting the tar sands with the proposed purchase of the KMP, which directly affects global warming, and by exporting the oil and promoting other countries to burn fossil fuels instead of renewable energy ….. BUT ….. Wait ….

…. Eye Opener and Amazing Degree of Hypocrisy & Lack of Integrity:

Canada will indeed try its best to commit to the agreement with the carbon tax regarding its impact on promoting a national reduction in the consumption of fossil fuels. They are also supposed to reduce taxes in other areas such as electric cars. Overall, the government will “try to achieve” a carbon-tax neutral impact, so Canadians do not spend more out of pocket money. All this, while trying to keep the CO2 and overall green gas emissions at bay, including the tar sands (which is highly doubtful). BUT the real important point is that Canada is promoting worldwide pollution and helping to push the global warming to dangerous levels. Countries like China and the US (with President Trump) have no shame of affecting others’ life as long as they profit themselves, but PM Trudeau is tagging along with them now. In the Liberal government’s “twisted logic”, if we export bitumen and others burn it causing more greenhouse gases, the weather and overall global warming will automatically and by magic will respect our Canadian territory. Let me explain; the excessive heat and fires, lack of fresh air (air pollution), mudslides, torrential rains, extreme tornados, storms, snowfalls, etc. will most certainly be stopped by Customs Canada in their tracks from entering our Canadian territory, because they are detrimental to our health, well-being, security and all future generations …. If there is a future for them?! Yes, I am being sarcastic.

The degree of lack of ethical responsibility and professional morals is absurd, because we are fighting WORLDWIDE the destruction of our planet, that optimists and narrow-minded and greedy people cannot see, do not care or believe nothing will ever happen. Please refer to point 12 ahead to understand the real concept of “human optimism.”

On another note, Canadians are contributing to Mountain-Top-Clearing through their mining industry in our own territory and in many other third-world countries. Canadian mining companies are destroying the livelihood of locals by poisoning their land and water, along with corrupted deals with local authorities in those countries. But wait, it is the fault of the other corrupted countries, so as Canadians, we should walk confident, proud, and with our heads high, correct?!

Without being pessimistic BUT realistic, British Columbia can potentially suffer any of the following situations at any time: 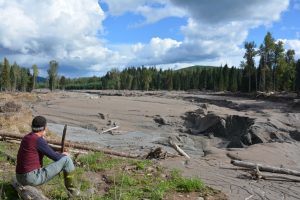 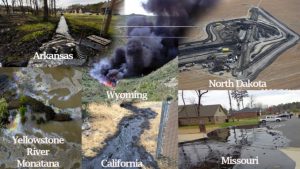 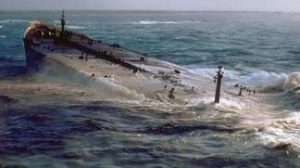 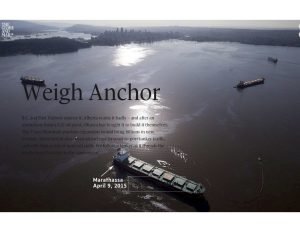 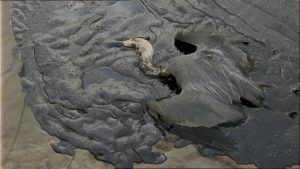 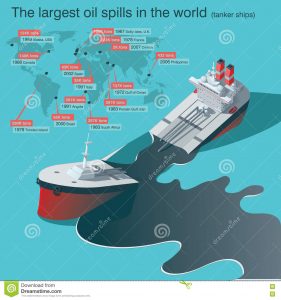 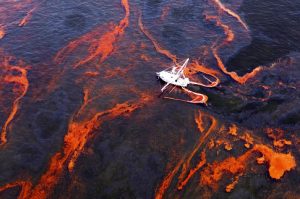 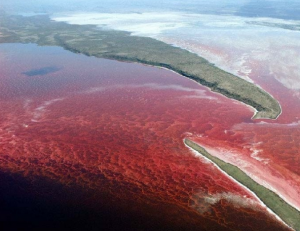 It would be interesting to find out how much of their promises, if any, they have delivered. But rest assured, that it is absolutely insignificant with the “initial out of pocket $4.5 billion” to buy the KMP project when this initial investment alone is a drop in the bucket to the total project when finished. Like governments usually do, they will go into deeper debt to try and justify their actions. Unless the Liberal government has a magic money-making tree, they are leading us to an economic debt crisis. 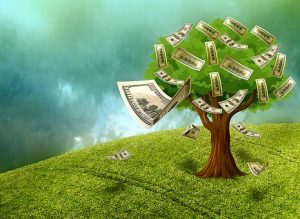 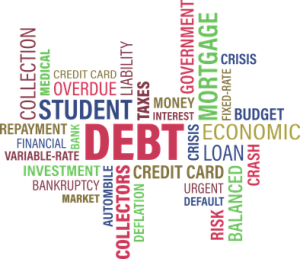 Why?    Because of four main reasons, which are: 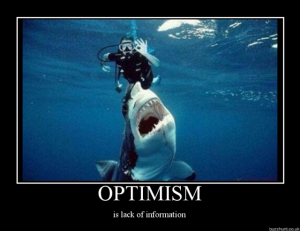 2. Albert Einstein once said: “Only two things are infinite, the universe and human stupidity, and I am not sure about the former.” 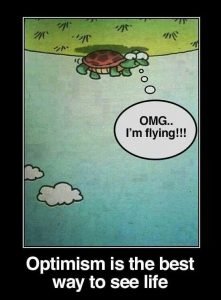 4. But my favourite also from Oscar Wild is: “Never argue with stupid people, they will drag you down to their level and then beat you with experience.” 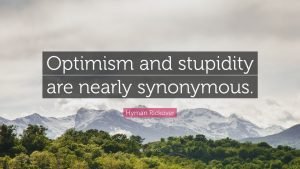 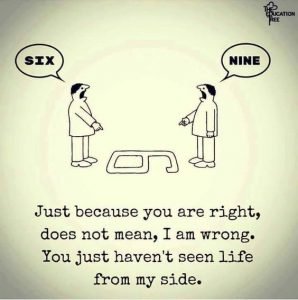 When people, in general, do not have sufficient information to make an informed and intelligent decision, then everybody should proceed as follows:

If you do not value nature, if you do not place importance in our ecosystem, if the enjoyment of our outdoors by yourself and your children is irrelevant, if the air you breath is also irrelevant and in disregard with your main values, then vote for the KMP project.

I want to send my sincere congratulations to the Premier of British Columbia Mr John Horgan for his relentless fight to protect the land and future of each British Columbian. Thanks for bringing to mind the following image and message: 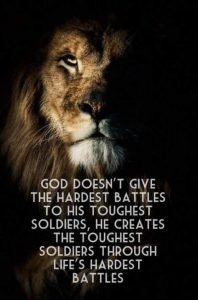